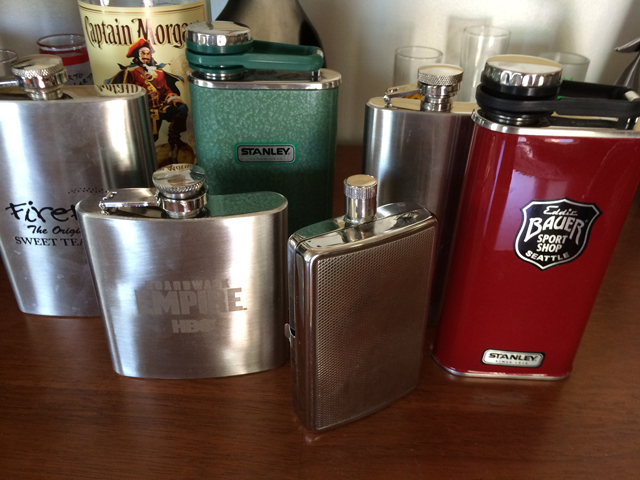 History of the flask

The idea of carrying alcohol and liquor with you outside the home is one that’s been around for hundreds of years. Most containers since the 18th century are known as flasks or hip flasks. The latter name was derived from how the flask is carried, most likely under ones pants or inside a pants pocket, sitting close to the hip. The curve that most flasks have it designed for this very purpose of carrying it out into the public.

For women, they would use an elastic strap on the leg to carry the flask. Easy access was the key here, although I would imagine the purse would be a less bothersome means of keeping a swig of liquor nearby. For those events where you are likely to be searched, the inside of a bra is known to be a popular way of sneaking a flask into a concert or performance.

Today’s flask keeps the curved design mostly intact, although there are many options available to carrying a few ounces of booze on your person. The above photo is my current flask collection, which ranges from mostly stainless steel to larger containers that can be easily stored in a cooler for camping and visiting the outdoors. 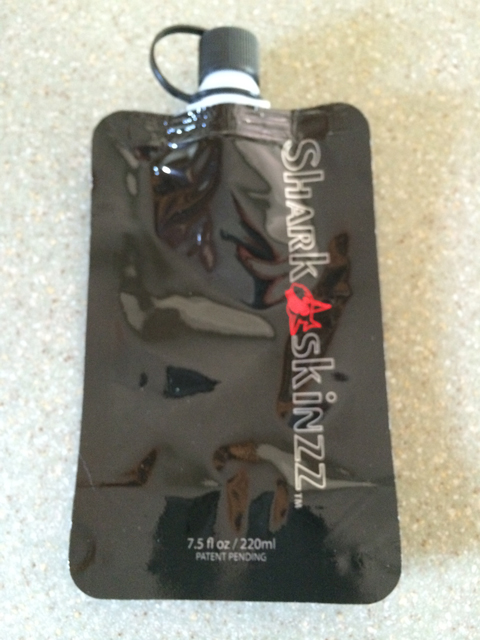 For those times that you risk the chance of sneaking your favorite spirit into an event, you don’t want to have your personalized flask confiscated or thrown away. You could just use an empty half pint bottle of some cheap vodka, dumping out the undrinkable contents in favor of filling it with a better quality booze. But portability is of concern and even those plastic half pint vodka bottles don’t fit quite well in a front pocket or the inside of a blazer. For those times, there are disposable flasks. Made entirely of plastic, they can also get past places that use metal detectors. Plus, they slim down to fit a pocket better. Plus, if you had to ditch it, you are not out much money and your favorite flask is safe at home.

Most places in the United States have various open container laws [for those outside the US, check your local laws], which means you can’t carry an unsealed container of any kind into the public and on the roads – including a vehicle. So given that flasks are unsealed containers, it is technically breaking the law to carry a liquor-filled flask into some places like a city park or crossing a road on foot. But since when do those of us that like to imbibe on the sly obey the law? Yeah, that’s what I thought. My advice is to be responsible and use caution when choosing to nip from the flask. You want to enjoy your booze, not have it cause an authority figure to toss it out and issue a citation. 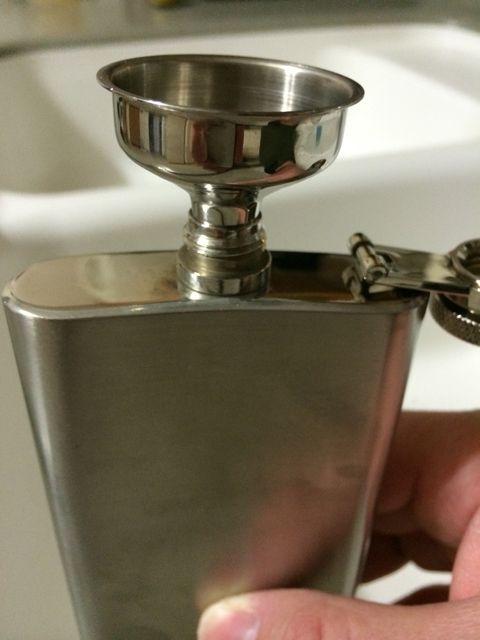 Most openings of the flask are pretty small, for the purpose of nipping and sipping. Given that, you will need to find a small funnel to fill the flask.. unless you are very skilled at holding a fifth or whiskey and pouring into the tiny opening without spilling a drop. I know I’m not that skilled and don’t want to waste any precious spirit. Once you have the flask filled, you are ready to take it out into the night and enjoy it as often as you are able to. 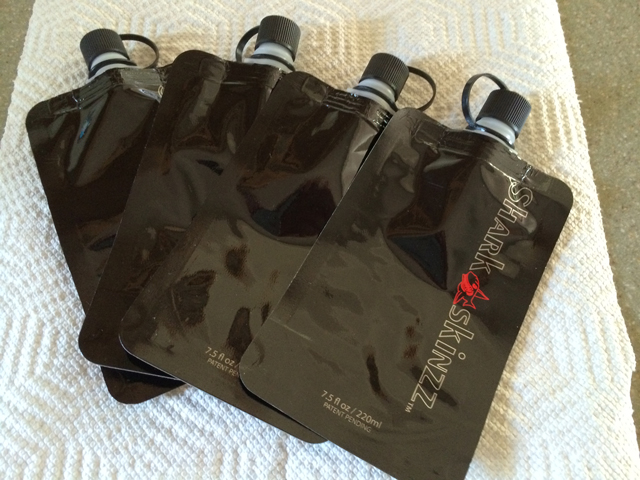 And in the almost 2 years this blog has been online, I am happy to announce our first giveaway. I have 4 Shark Skinzz dispoable flasks to give to 4 of my lucky readers.

Here are the RULES: