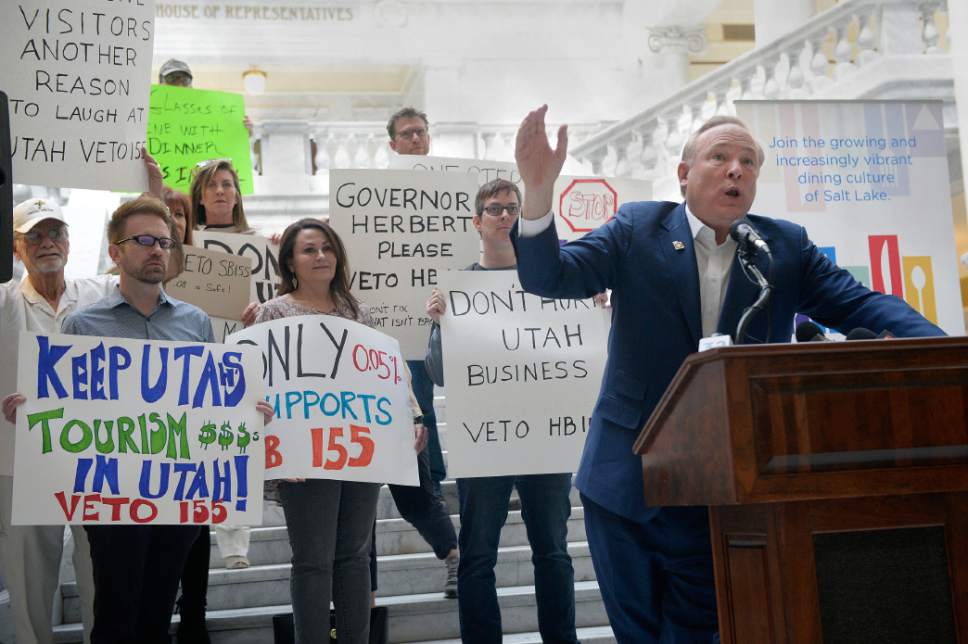 The Salt Lake Tribune recently published an editorial urging a veto of House Bill 155, which purports to lower the BAC for impaired driving due to drinking from .08 to .05. These are my thoughts on why this bill needs to be vetoed.

Comparing the state of Utah to European countries that have .05 BAC laws isn’t fair. Public transportation is widely available in most of Europe. Local bars and pubs that people can walk to are commonplace. And the rest of the world doesn’t demonize alcohol on every level like Utah does, hiding the very mixing of drinks behind a Zion Curtain, forcing restaurants to play the role of parenting.

Utah’s public transportation options for any type of nighttime activities pale in comparison. The last Trax trains leave downtown at 11:41pm (Courthouse station). Anyone that wishes to stay at a bar or nightclub past 11:15pm will need a designated driver or to use ride sharing like Uber and Lyft. Or use a taxi service. While all of these options are good, they are a far cry from the options Europe has.

With no disparagement to anyone who chooses not to drink, the idea that Utah’s liquor laws are made by those who don’t drink is how I and many others have explained their level of oddness and quirky terms to most visitors. There have been improvements over the years, but they always seem to be months and years out of date, when compared to other states and countries.

As a long time drinker, I do my best to drink responsibly. I’ve made some choices in the past that I’ve not been proud of. And I’ve regretted those choices each and every time. I use public transportation and ride sharing every chance I can. But to lower the BAC level to a point where even elected senators like Jim Dabakis (pictured above at the podium) who don’t drink, can use over the counter mouthwash and blow more than a .05 BAC isn’t the answer to better enforcement

Smarter DUI laws need to be considered that keep drunk drivers off the road and ones that treat responsible drinkers as legal patrons. I ask Governor Gary Herbert to veto HB155.