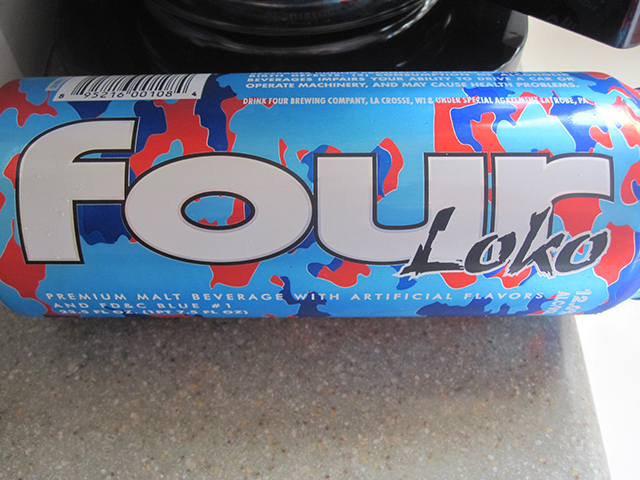 In the search for instant alcohol gratification, I find there is no shortage of flavored malt beverages like Mike’s Harder Lemonade and Bacardi Silver. But high on the list of preference for the younger generation is Four Loko, which is 12% ABV and available in a variety of flavors. I chose Blue Raspberry for this tasting. 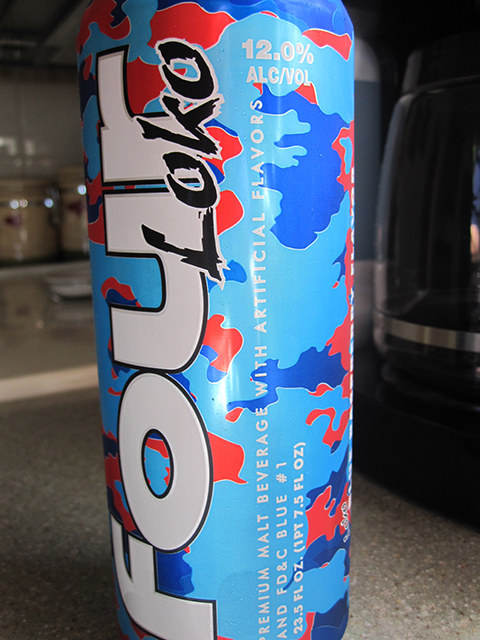 This drink is a tall 16 oz can. Opening the can, the instant aroma of alcohol fills the air. It’s very potent and it’s got an odd mixture of sweet and tangy to it. Much like BBQ sauce, but an alcoholic beverage.

I noticed how deep the color of blue this drink had to it, wondering if my tongue would change color, as it does when consuming a Slurpee [It did not]. 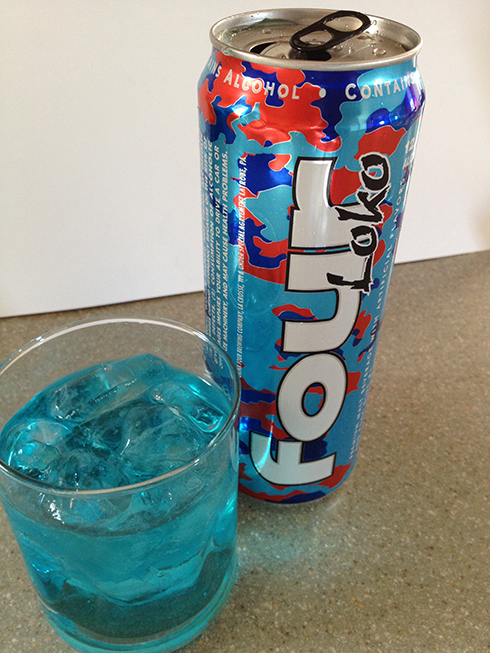 I took my first sip of this drink straight from the can, trying to prove that I’m still got a young man in me. Holy Moly! The instant this drink hit my tongue, I felt like I had accidentally drank a bottle of antiseptic at the hospital. Seriously, the flavor masking of the alcohol mixture was so strong. I should have taken warming from the similar strong smell when I first opened the can.

I decided to pour the remainder of the can into a glass over ice. Still not much of an improvement, but not quite as strong. The ice toned it down a notch.

It was all I could do to get through the rest of this can of Four Loko. Will I buy this again? No fucking way! I will stick to my Mike’s Harder Lemonade brand as it’s more drinkable and not quite feeling like I’m self embalming myself on a Friday night.

Over the last several years, there has been a flood of controversy concerning over consumption of Four Loko, some cases resulting in hospitalization and/or death. This has prompted many government officials to enact bans and wanting the drink removed from store shelves. A recent agreement with the Four Loko manufacturer Phusion Projects and the Federal Trade Commission will change the labeling on the can to ensure those who consume this drink will know it contains a lot of alcohol. The rule here should be: don’t drink more than one can of this in one sitting. Moderate your booze intake.

Anyone else try Four Loko? What was your experience like?