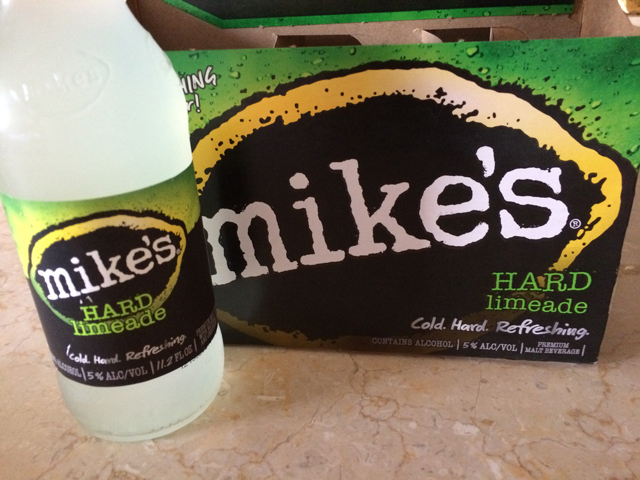 Almost 2 years ago, I blogged about Mike’s Harder Limeade, which I found on a road trip to Washington State. I am very much a fan of the Harder line of malt beverages, having tried a lot of their flavors over the years. The limeade was an instant favorite, but it was getting harder to find [pun intended] and after asking around at various stores, I came up empty.

I went through the 6 pack in a week as it had been a while since I’ve had the Limeade variety. Not really enough to get a decent buzz, but with the Mike’s Hard version of malt beverages, that’s not the point. They are to be enjoyed with dinner or just hanging out on the deck. Since they are in glass bottles, I don’t recommend taking them to a concert or another outdoor venue where bottles are discouraged. For those places, the HARDER aluminum cans are perfect.

It’s a shame the Harder Limeade is not available anymore. But the Hard Limeade works for a nice refreshing drink.