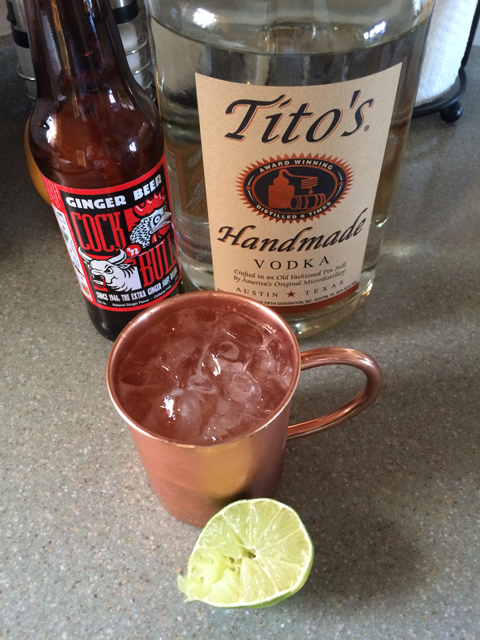 Every once in a while, you need to re-visit the classic cocktails. I decided it had been a long time since I had a Moscow Mule. It’s a simple drink that’s both refreshing and tasty. And since it’s National Vodka Day, what a better way to celebrate than with a classic vodka cocktail.

Invented in 1941 as a response to the United States demand for vodka and a couple of distributors that wanted to sell their spirit and mixer. Throw in the suggested claim of connection as the liquor of choice for Russians, and that gives the Moscow Mule its place along side the Manhattan, the Old Fashioned and the gin and tonic as a classic cocktail.

Fill mug or glass with ice, pour in all of the above ingredients and stir. Add lime wedge garnish. 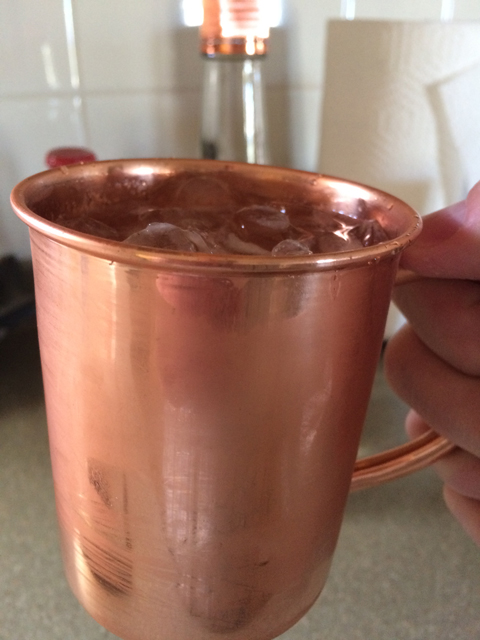 In short, it was a marketing idea that spawned the copper mug. Well, that and an excess of copper back in the 1940’s. The mug is iconic for the beverage in that most people know the drink just seeing the mug. Very much like a Mint Julep and its silver cup. From a taste perspective, the mug really doesn’t add anything to drink. Unless you consider the that mug might help keep the ice from melting too quickly, which in my experience, the mug did perspire more than a rocks glass.