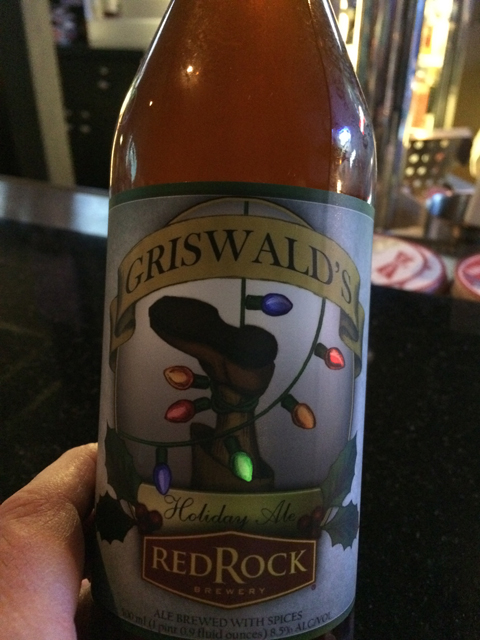 I came up short with my 24 Spirits of the Season blog posts last year. I made it to 11 out of 24, which is almost halfway. But I still had a couple more holiday beers that I tried that I didn’t get around to posting. This is one of them – Red Rock Brewery Griswald’s Holiday Ale.

As the label on the bottle suggests, the name comes from the very popular Christmas Vacation movie, starring Chevy Chase as Clark Griswald. I don’t recall him drinking any beer in that movie [it was eggnog that he was sipping on, if I remember correctly], but given the addition of spices to this ale, I will take that as being in the alcoholic vicinity.

The spices were no overwhelming at all and actually helped take the bite away from this brew. I’m not sure if this will be around for the 2015 holiday season, but if it is, it’s one you might want to try again, mostly for it’s high ABV percentage.

Especially if your deranged brother is out front of your home, emptying a full RV shitter.