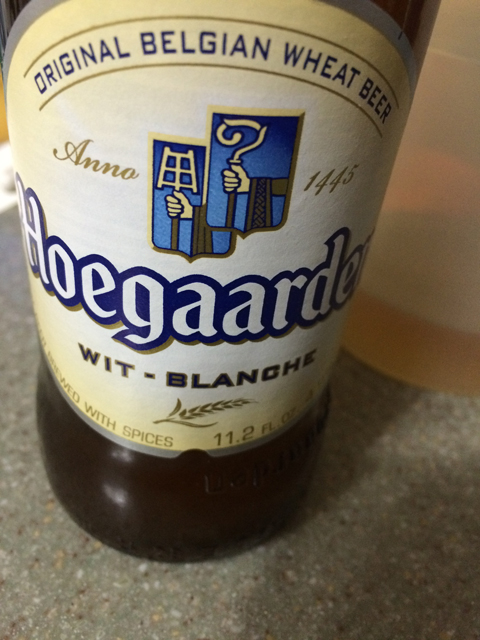 Back in late December, just before Christmas, I made a visit to our state-run liquor store. Selection at the various locations is mixed, with a good deal of imported beers that I like to check out to see if something excites me enough to pay $2 or more per bottle for full strength beer. Only 3.2% ABV is sold in grocery and convenience stores so if you want something stronger, you have to make an extra stop before heading back home.

And while I’m not a regular drinker of Belgium beers, specifically Belgian Wheats, I do enjoy a Shocktop every so often when it’s the better choice at venues or parties. So I saw this Hoegaarden bottle, actually 2 of them left on the shelf and decided to see what kind of taste it offered.

The story of this beer begins in 1445 in a Belgian town called Hoegaarden, which was known for it’s witbieren (white beers). This tradition carried through the years until in 1957, the last of the breweries closed down. A man named Pierre Celis decided to pick up the brewing process, eventually moving to the US, Austin, TX, to continue his brewing, using the original ingredients of water, yeast, wheat, hops, coriander, and dried Curaçao. At the same time, there was also a brewery in Belgium that carries his name – Celis White.

Today, Hoegaarden is brewed in Belgium thanks to it’s owner, InBev. The brewer is the towns’ largest employer. 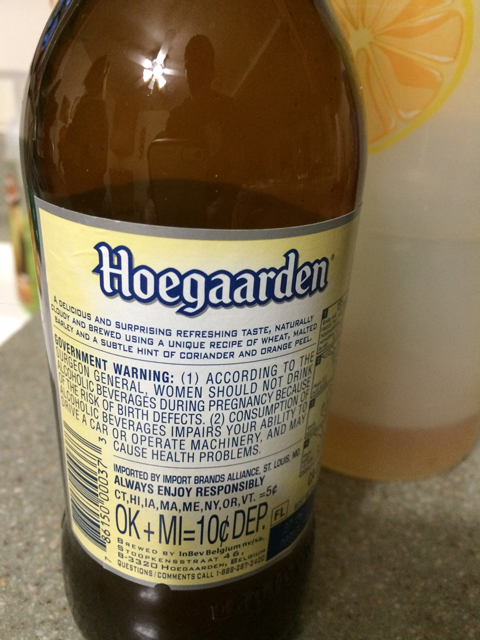 Fast forward to the next day, after I put the warm purchased bottles in the drink fridge to chill up, I cracked open the first bottle. Smell wise, it was nice. The first sip was even better. Not strong or bitter at all. Very smooth. Very tasty. I liked it. 10 minutes later, the first bottle was gone. I waited a few more days before I consumed the second bottle.

The phrase on the back of the label reads as follows:

“A delicious and surprising refreshing taste, naturally cloudy and brewed using a unique recipe of wheat, malted barely and a subtle hint of coriander and orange peel.”

The 4.9% ABV was just right. Not weak, but not strong. Right in the middle. The flavor is a great mix, with the orange hint not overbearing at all. While I wish this beer were a bit cheaper and more available in this controlled state I live in, I am happy to enjoy it in smaller spurts and times, knowing that I will enjoy it next time I visit the state-run liquor store. The serving size of 11.2 oz is just a bit less than your normal 12 oz bottled beer. I’m ok with the wee-bit less amount, as long as it’s as good each time I consume one.