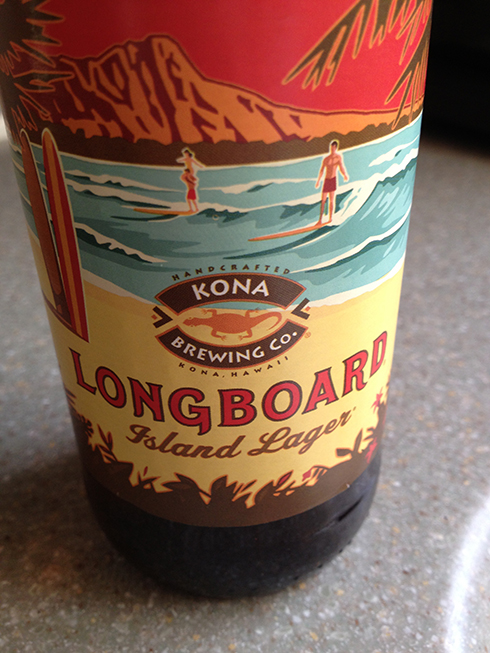 Back almost four years ago, I visited Hawaii for the first time in my life. While I mostly seek out mixed drinks, I do like the occasional beer. We visited the grocery store to purchase some food and booze for our room and I saw the selection of beers. The one that stood out was Kona Longboard, mostly because it had an island appeal. I picked up a six-pack and went back to the room.

The flavor of this beer is really good. Not too heavy like some lagers can have. It’s an American Pale Lager, which is very much like a pilsner, which is my preferred choice for beer.

I easily drank two in one sitting, which tells you something about how much this spirit loving guy rarely goes outside the norm for a beer. Once I got back to the mainland, I had to try it again.

Most likely due to the brewing process, which is cold brewed and aged for five weeks at cold temperatures, it’s not available in a lot of places – at least what I’ve found in my travels since 2009. Obviously, it’s not available in Utah [the state-run liquor stores do not have cold storage for any of their full strength beers] although I did find it in Datona Beach, FL and more recently in Las Vegas, NV.

If you’ve not tried Kona Longboard, you should. Even if you don’t prefer beer, this one is smooth and easy to drink.